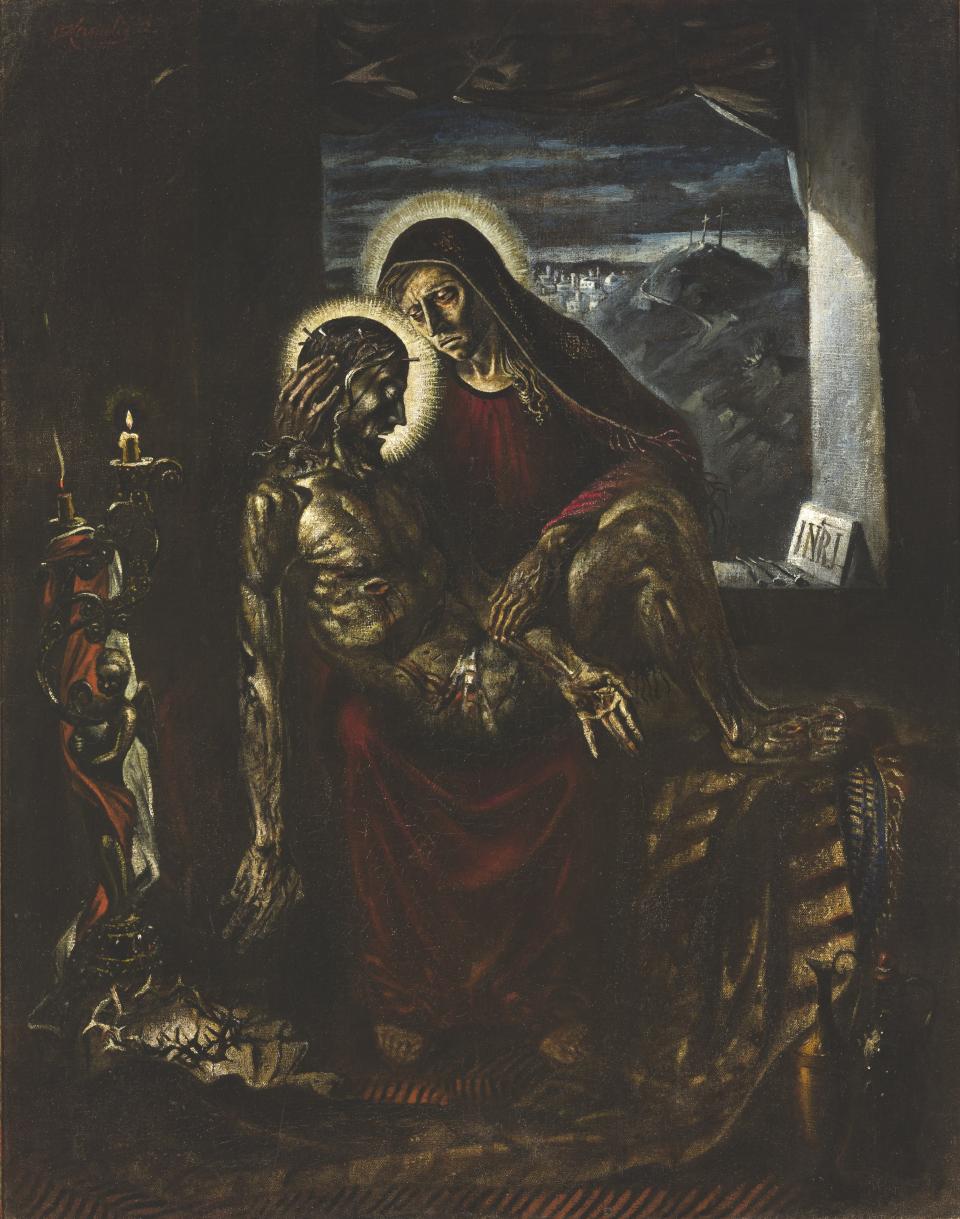 Vytautas Kasiulis (1918–1995) made his artistic debut during the Second World War. A solo exhibition of his work in 1943 at the Vytautas Magnus Culture Museum in Kaunas aroused great interest. One of the reasons for his success was his contemporaries’ hope that he would be able to lay the foundations for the long-awaited Lithuanian school of academic painting. In fact, for some time he persistently followed the road of retrospectivism. He studied the 17th-century artistic heritage carefully. One of the results of his efforts was his discovery of a way to depict a figure from several sides on a two-dimensional plane with the help of a mirror. He tried this method on himself first (in around 1943, he painted a self-portrait in front of a mirror; the work is now in the collection of the Lithuanian Theatre, Music and Cinema Museum), and then he applied it to others. When painting Nude woman, he painted a window that was reflected in the mirror, and the view through it. This detail deepens the illusory space of the picture, and introduces some life and some optimism into a static and gloomy scene.

Reference: Art album "More Than Just Beauty. The Image of Woman in the LAWIN collection." Compiled by G. Jankevičiūtė. Vilnius, LAWIN, 2012, No. 248.

The artistic philosophy of V. Kasiulis was greatly influenced by his studies under Stasys Ušinskas, who required from his students a modern way of thinking alongside the acceptance of experience from Classical art in the sphere of composition. Ušinskas attached much importance to a reasoned compilation of images and professionalism. Kasiulis abided by this requirement throughout his life. Despite changes of style and variations in artistic interests, his works retain the integrity of their composition and ingenuity. He was capable of creating several different but equally accomplished pictures of the same subject. In his first solo exhibition in 1943, he attracted much attention with his professionalism and his creativity.