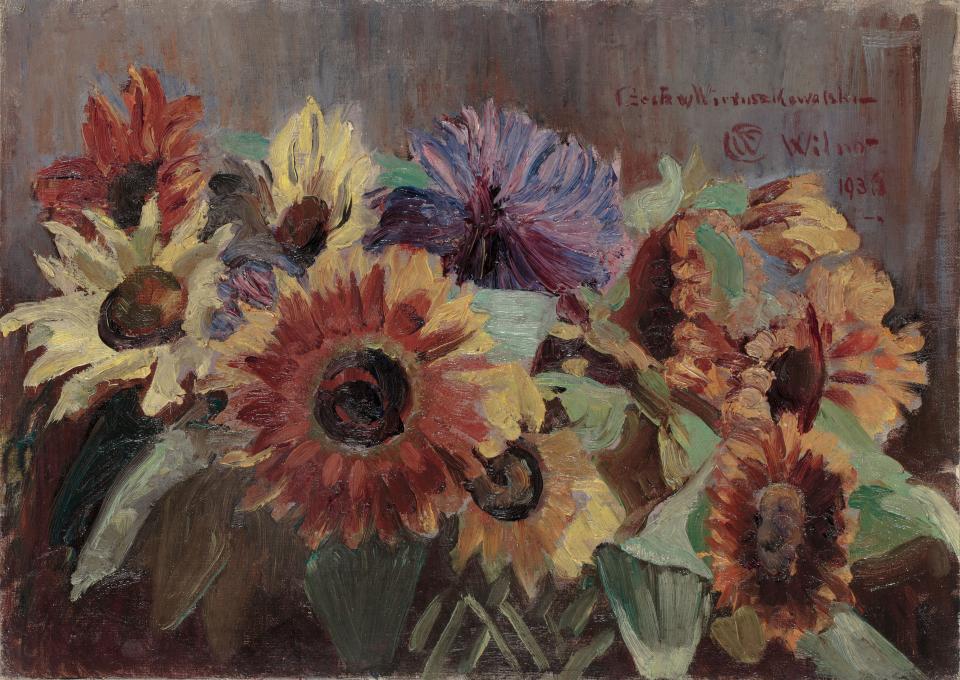 Česlovas Vierušas Kovalskis (Czesław Wierusz Kowalski, 1882-1984) was born in Munich in 1882 and died in Warsaw in 1984. A painter and public figure. He studied in Munich and Paris. In 1920 he came to Vilnius and became a member of the society of plastic arts painters. Was a member of society of lovers of Vilnius and folk business support society. He was one of the founders of Vilnius society of independent plastic arts painters. He was also the chairman of the society for the promotion of plastic arts culture and the founder of Vilnius institute of crafts (1933).

He painted mainly portraits and landscapes. His works, which were close to academic realism style, were characterised by remarkably colourful solutions. He started to exhibit his works in 1911 in Munich, followed by Minsk, Poznan, Warsaw, and Vilnius. After the war he initiated an artistic movement in Vybrzež, later on moving to live in Warsaw. He often took part in exhibitions organised by the Polish union of painters and plastic artists.