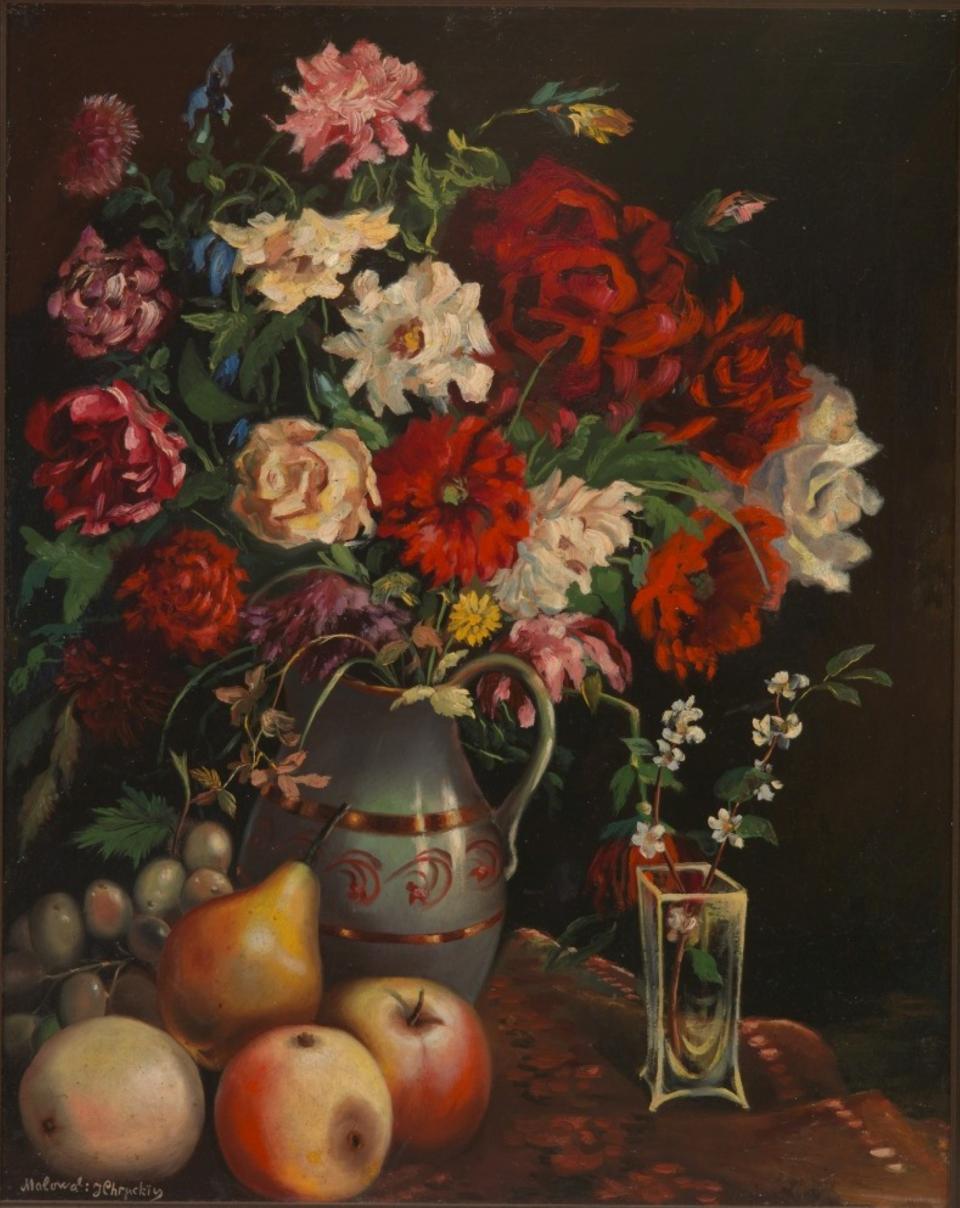 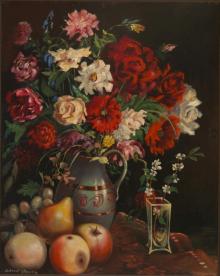 Signature: Malowal: I. Chruckïy (in the bottom-right corner of the painting).

Jan Chrucki (1810–1885) was influenced by German Biedermeier, which was popular in Lithuania and neighbouring countries. When he studied at the Imperial Academy of Art in St Petersburg, he made copies of the 17th-century Dutch stilllifes and landscapes in the Hermitage. He won prizes for his still-lifes while he was still a student: for example, in 1836, he was awarded the Major Silver Medal of the Academy. He completed his studies in 1839, and developed a reputation as a painter of flowers and fruit. A flower and fruit painting class had opened in the Academy in St Petersburg in 1764, together with a class of animal painting in which painters of hunting scenes trained.