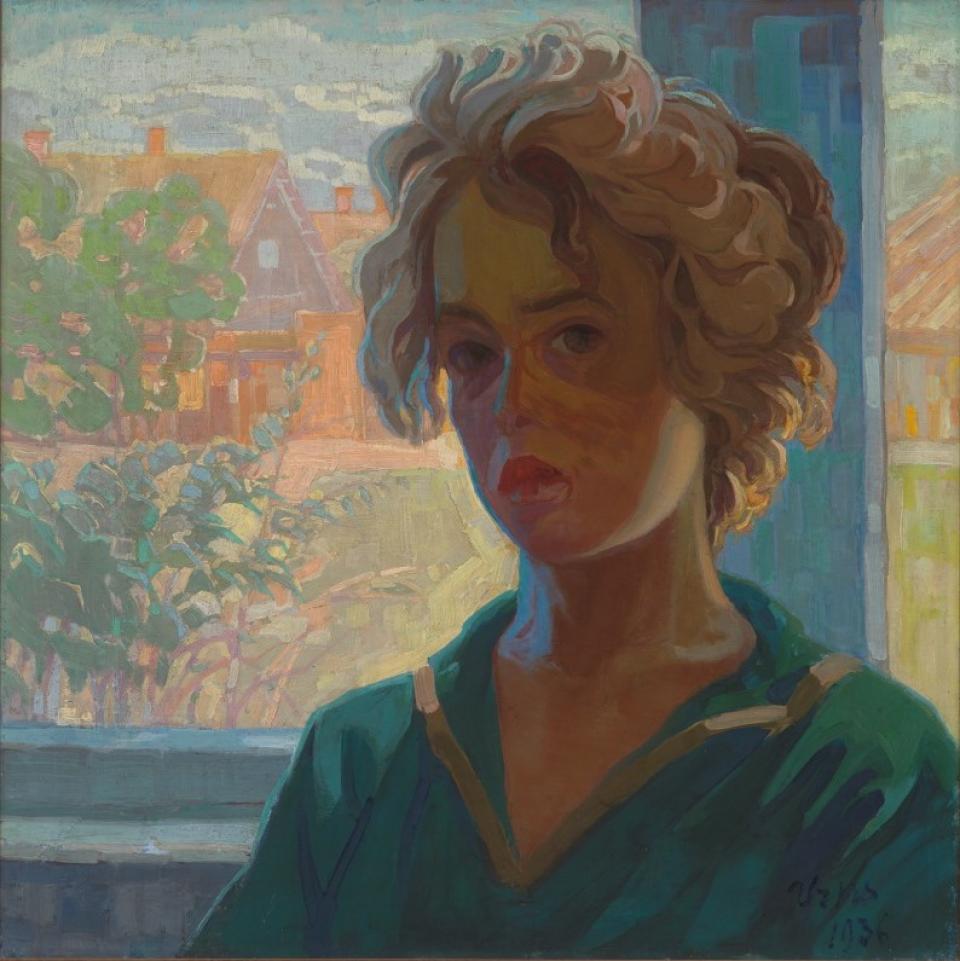 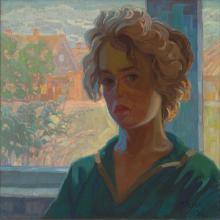 Colour interpretations of the relationship between light and darkness have been one of the most important themes in painting since its emergence. In some periods, such as the 19th century, a lot of attention was paid to the study of light and the application of its results in art. The orphan by Adomas Varnas (1879–1979) shows that Lithuanian artists were also interested in the question of representing light. This picture by him illustrates simply how an impression of light and shade can be given by means of colour, which in turn helps to give a picture a mood, and introduces an illusion of breadth and depth to the composition. It is interesting to note that the model in the foreground is immersed in shade, while an undistinguished landscape in the background is lit up. Through his attention to his painting technique and colourist painting, the picture is closer to Varnas’ early works, which have an aspect of Synthetism, and even Fauvism.

Reference:  "More Than Just Beauty. The Image of Woman in the LAWIN collection." Compiled by G. Jankevičiūtė. Vilnius, LAWIN, 2012, P. 236.

Exhibitions: “More Than Just Beauty: The Image of Woman in the LAWIN collection”, 12 October – 11 November 2012, National Gallery of Art; Vilnius.