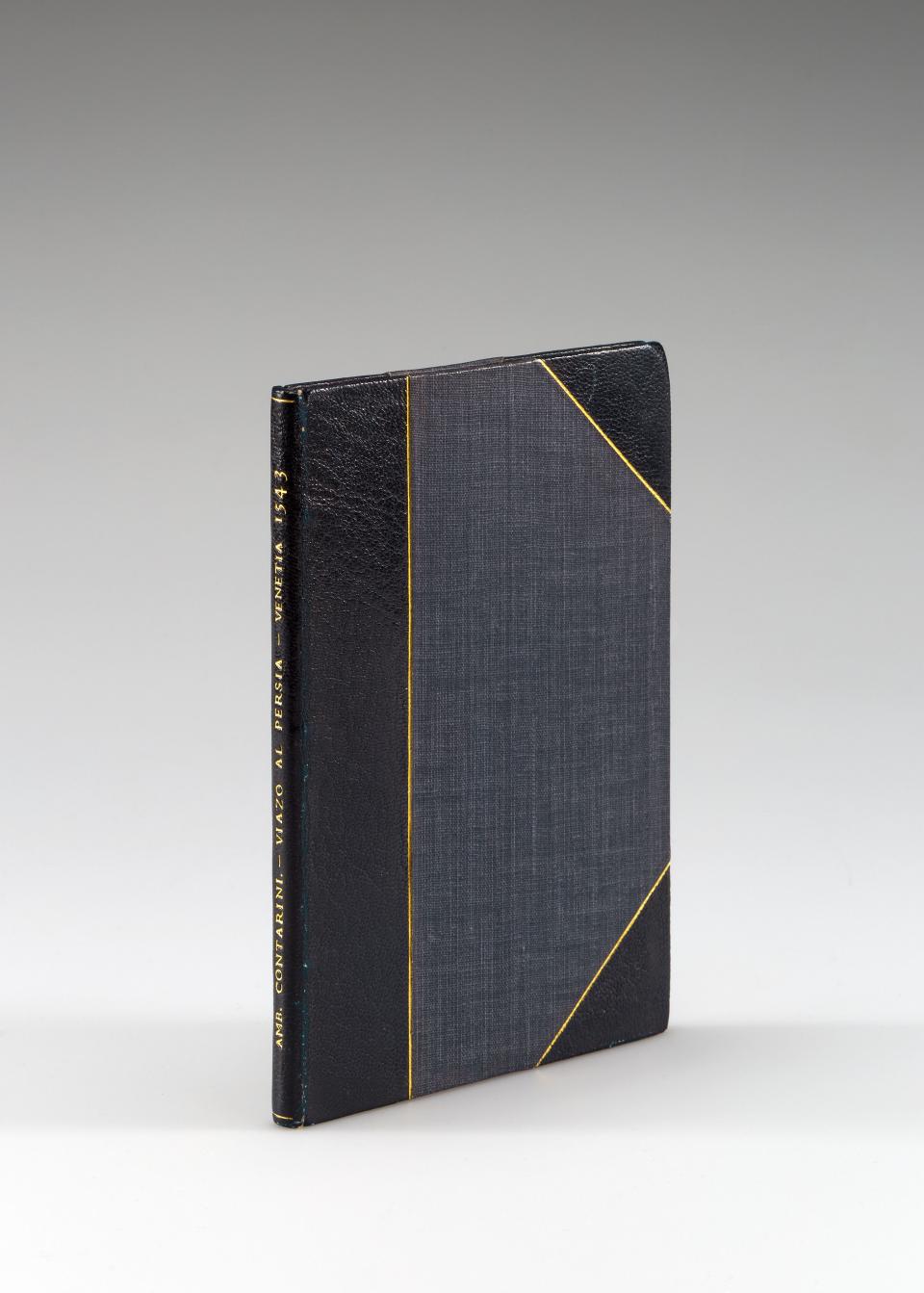 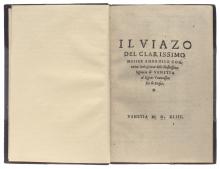 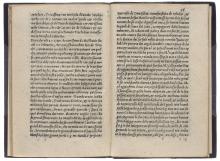 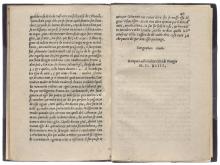 Title in English: The Travel of the Noble Messer Ambrogio Contarini, the Ambassador of Glorious Venice, to the King of Persia Uzun Hasan.

Third edition, very rare. The first and the second editions, almost impossible to be found, were printed in Venice respectively in 1487 and in 1524. This account of Contarini’s travel to Persia between 1473 and 1477 is an extraordinary source of information and direct observations of countries like Germany, Poland, Ukraine, Russia, Lithuania and Persia. It represents an important document concerning diplomatic missions of the XVth century, at the time when “the swift expansion of the Ottoman Turks into the Levant and the Balkans had cut heavily into Venice’s profitable trade with that area… Venice, now greatly concerned about its fate, dispatched emissaries to various countries seeking support against the Ottomans. Among these was Ambrogio Contarini. The principal object of Contarini’s mission was to persuade the king of Persia, Uzun-Hassan, to renew hostilities against the Turks in order to relieve the mounting pressure on Venice from the Ottoman advance up the eastern shores of the Adriatic… The Republic was compelled to cede important colonies in the Balkans and pay huge indemnities to the seemingly-invincible enemy…

Contarini left Venice on the 23rd of February, 1473… Crossing the Alps, they made their way to Nuremberg where they met two Polish ambassadors to the court of the Holy Roman Emperor. The ambassadors, returning to Poland, invited the Italians to accompany them… Casimir IV, grand duke of Lithuania, appointed two guides to lead Contarini to Kiev…, an important crossroads between eastern Europe and the Levant, [which] served as a barrier or frontier garrison against the Tartars who were continually harassing their neighbors to the north… ” (Lituanus).

On his way back to Italy, Contarini spent some months in Moscow: the description of the city is of particular interest, since the author refers to the general life-style of people, the economic and politic situation, the architecture (see Amat di S. Filippo).