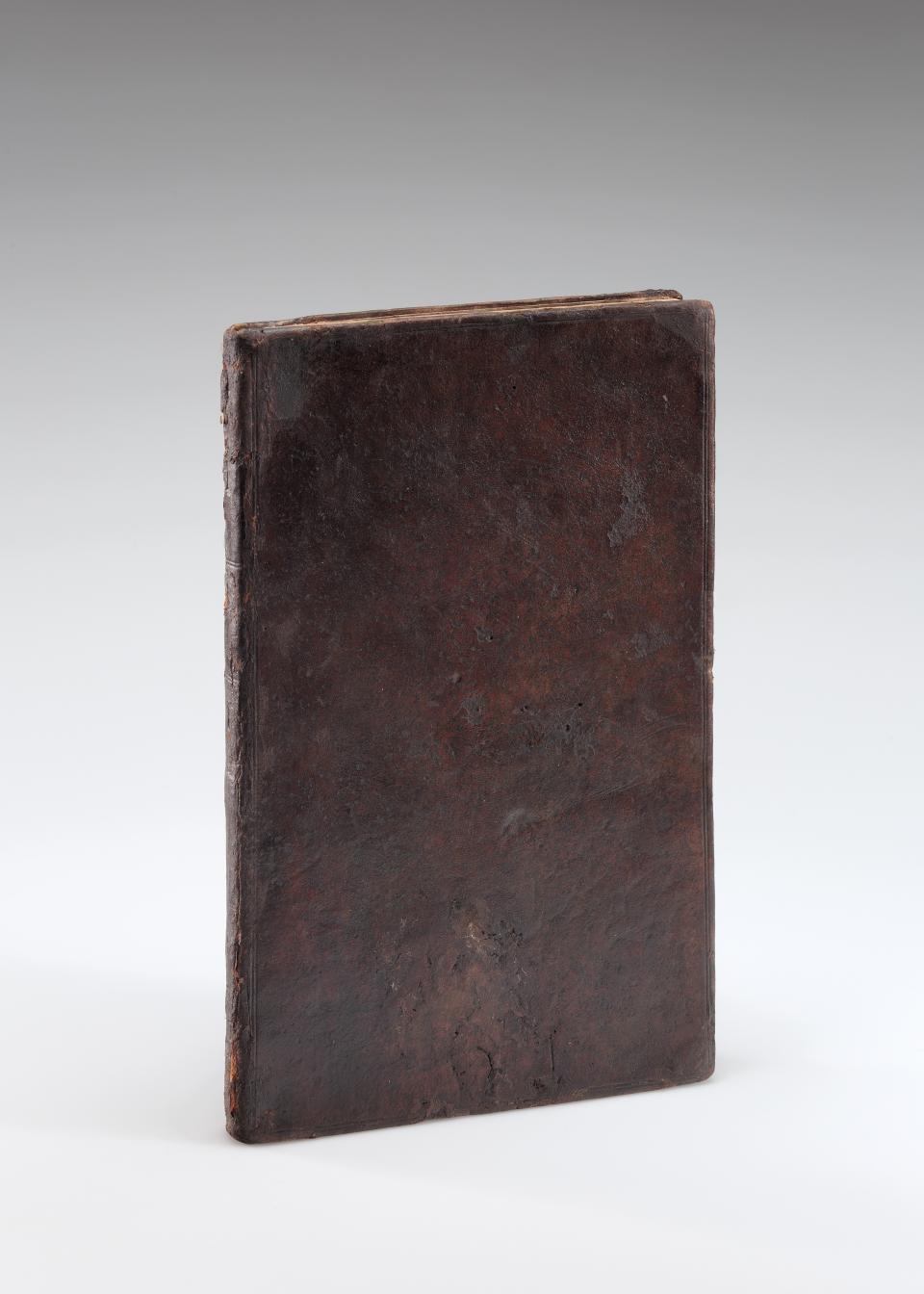 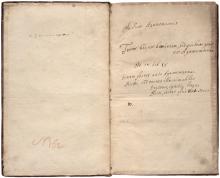 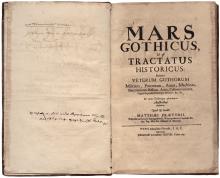 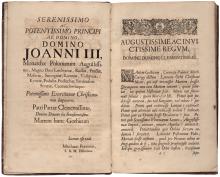 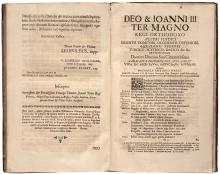 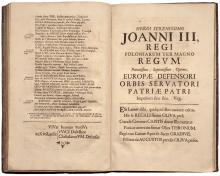 A rare imprint from the Cistercian Monastery at Oliva near Gdansk (Danzig); the press was founded in 1672. The dedication is to John Sobieski III King of Poland. A scholarly treatise on the army of the ancient Goths based on the observations of earlier historians. The work is divided into six chapters. I: on the defensive gear of the Gothic army, their martial dress, leather cuirasses, shields, and insignia; II: on offensive weapons, such as bows, swords, spears, lances, javelins, pikes etc; III: on 19 different war engines including sickled chariots, catapults, ramming and siege towers, scaling ladders, and a shed formation known as the 'tortoise' for protecting soldiers while attacking fortresses (the Goths had a great reputation as masters of siege warfare); IV: on Gothic military might and enjoyment of the martial arts, exercises, distinction within the army and its health care, punishments, and laws (pp70-76); V: on the system of elective leadership, the chief nobles and other officials; VI: on encampments and battle order, moderation in victory, and the Gothic navy.
With a source index of authors cited, and a subject index at the end of text.

The author, a pastor from Memel, East Prussia sought to establish that the Goths originally came from the lands bordering on the river Vistula. His dedication is to John Sobieski III King of Poland (1674-96), who sent a letter of protection to the monastery in 1676 (Benzing). The printer Johann Jacob Textor came from Bamberg. The volume closes with heroic poems by Michael Anton Hack, Abbot of Oliva, in honour of Sobieski, as Saviour of the West, for his decisive intervention during the Turkish siege of Vienna in 1683. The Cistercians had founded the Monastery in 1186, and the Treaty of Oliva (1660) was signed there.

Brunet, Dictionnaire de Geographie Ancienne et Moderne, 964, describes this book as one of the two most sought after imprints from this press. Toned throughout owing to the quality of the paper, otherwise a very good copy with contemporary manuscript quotes from a Latin poem on recto of front fly leaf.

Matas Pretorijus (~1635–1704), who was born in Klaipėda, was a historian, ethnographer, writer, and translator from Lithuania Minor. His work The Gothic Mars describes the military of the Goths: their army, weapons, military techniques, and fortifications. The author contrasts the Goths to the Prussians, Samogitians, and Lithuanians, comparing their weapons, outfits, and manner of fighting. The book was published near Gdansk, in the Olyva Cistercian Monastery in 1691. The printing house added some verses by the Abbott of the monastery, Father Mykolas Antanas Hackis (1630–1703), which worship the King of Poland and Grand Duke of Lithuania Jan Sobieski. The book includes a dedication to the king.

Reference: "The Collection of Lawyer Jaunius Gumbis: the Past Preserved in Books". Museum and Collector - 7. Vilnius: National Museum of Lithuania, 2018, p. 335.

Published: "The Collection of Lawyer Jaunius Gumbis: the Past Preserved in Books". Museum and Collector - 7. Vilnius: National Museum of Lithuania, 2018, p. 334-335.