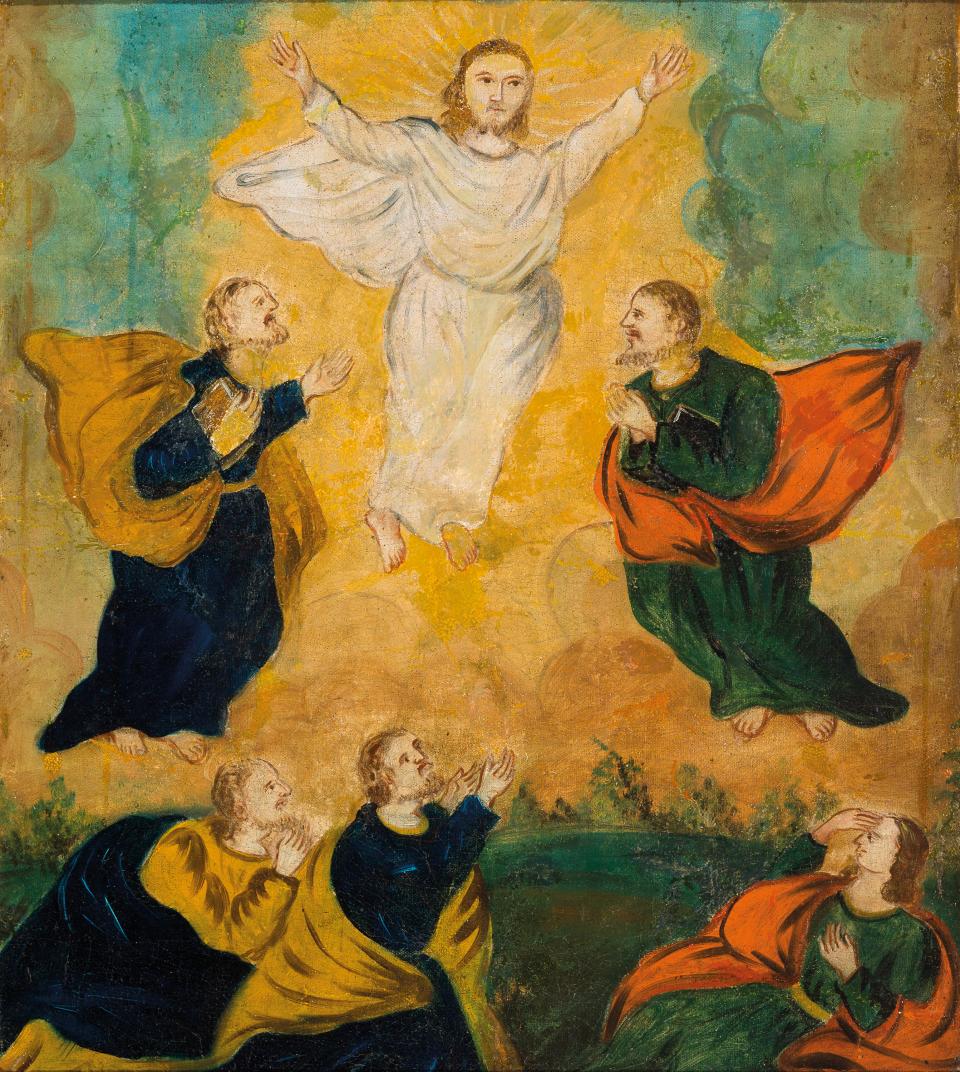 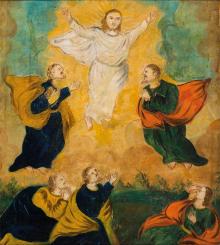 Created: second half of the 19th century.

Dimensions: 70x60 cm. (Two-sided painting. On the other side: Gracious Virgin Mary)

The Transfiguration of Jesus is a subject, which depicts the event in Jesus’ life described in the Gospels, when He allowed the Apostles James, John and Peter to witness His deity. Knowing what was waiting for Him, He wanted to prepare them for accepting the shame of His Passion, so that later they could enjoy His Resurrection. By Transfiguration in the presence of the disciples, He showed He was the awaited Messiah, who, through the secret of the Cross would achieve glorious victory. This was confirmed by the prophets, Moses and Elijah, who appeared in the heavens, and the voice of God the Father which was heard.

Then most beloved Jesus took three of His disciples, Peter, James and John to a high mountain, called Table Mountain, and was transfigured before them. His face shone like the sun, and His clothes became as white as the light. Just then there appeared before them Moses and Elijah and they started talking with the Saviour.

/.../... a bright cloud covered the mountain at the sight of which the Apostles were terrified. They heard the voice of God the Father saying from the cloud, ‘This is my Son, whom I love; with him I am well pleased. Listen to him.’ When the disciples heard this, they fell facedown to the ground, terrified. But Jesus came and touched them. ‘Get up,’ He said. ‘Don’t be afraid.’ When they looked up, they saw no one except their beloved Jesus as they knew him, because His human self covered His divine power. As they were coming down the mountain, Jesus instructed them, ‘Don’t tell anyone what you have seen, until the Son of Man has been raised from the dead.’ (Motiejus Valančius, „Žyvatas Jėzaus Kristaus Viešpaties mūsų“, Raštai 3, p. 387–389)