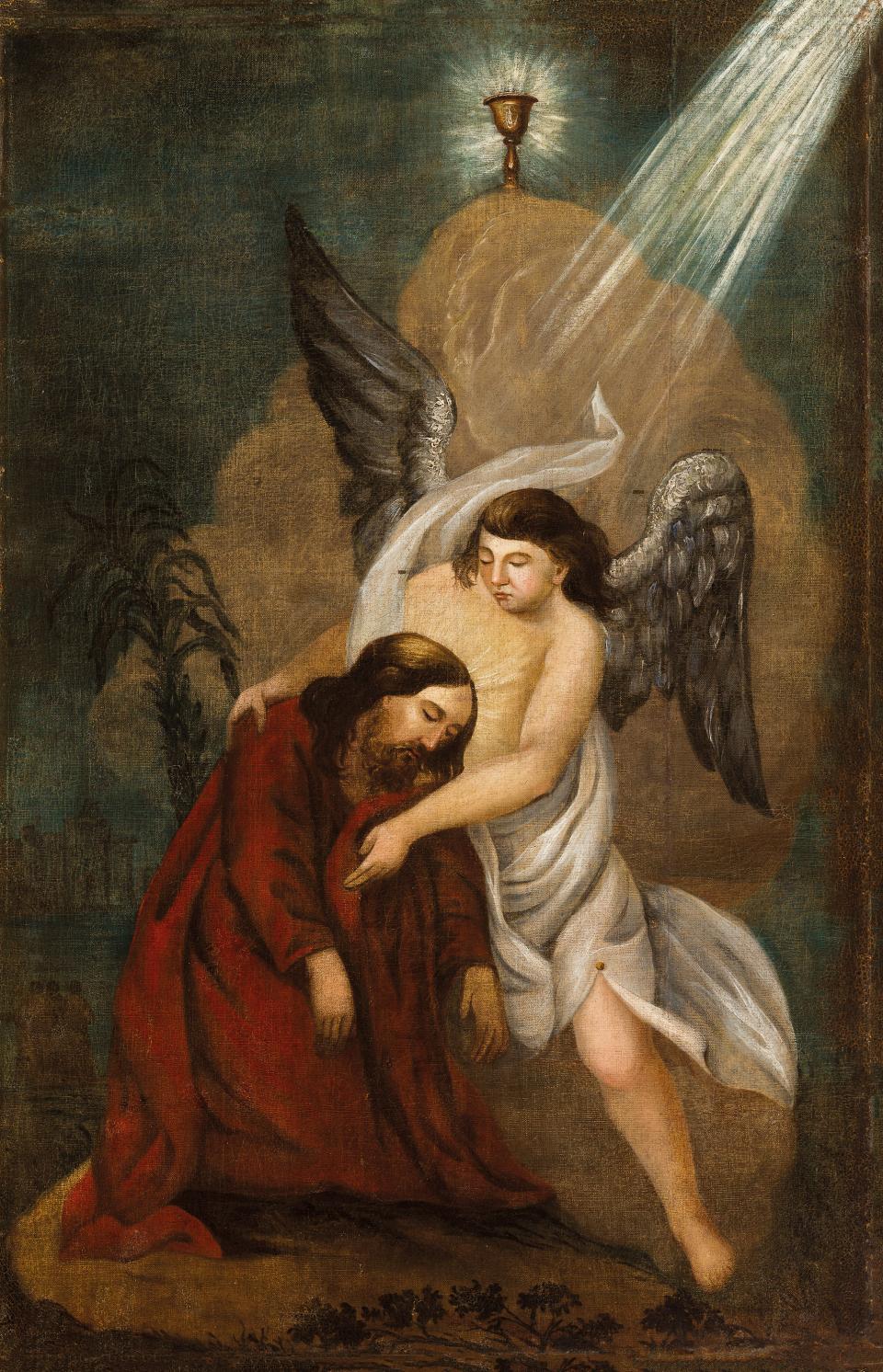 Jesus’ Prayer in the Garden of Gethsemane

Created, location: 1861, from a shrine in Žemaičių Kalvarija.

The subject of Jesus’ Prayer in the Garden of Gethsemane depicts the prayer of Jesus after the Last Supper. Knowing that it was His last prayer in the face of death, He invited His three disciples – John, James and Peter – and said, ‘My soul is sorrowful even unto death. Stay here and watch.’ Going forward He fell on the ground and prayed and spoke with His Father, whose plan was soon to become a reality. Depressed at the thought of future suffering Jesus requested: ‘My father, if it be possible, let this cup be taken from me. Yet not as I will, but as you will.’ The cup which appears in the rays above Gloria is a sign of Christ’s sacrifice.

Lord Jesus, as God and human, was of divine and human origin. Equally, He had two wills, divine and human. According to His divine origin and will Christ wished to die in order to save people, but his human origin and will rejected the bitter suffering, so He prayed God the Eternal Father that He would not have to die. (Motiejus Valančius, „Žyvatas Jėzaus Kristaus Viešpaties mūsų“, Raštai 3, p. 469)