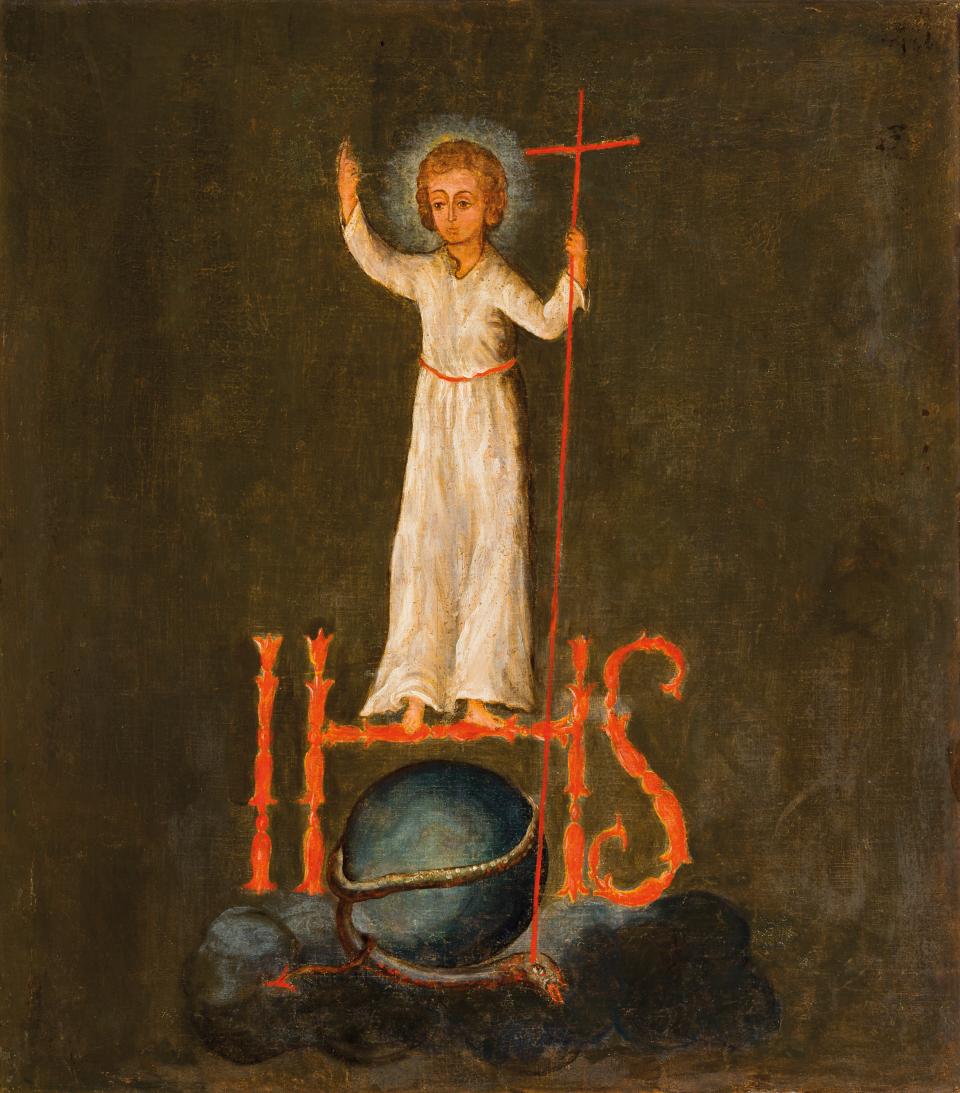 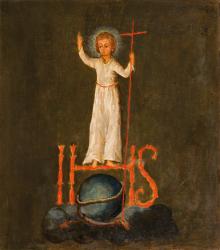 Created: first half of the 19th century.

The Holy Name of Jesus is the name of the Redeemer in His earthly life, symbolically marked as the IHS monogram, which is derived from the first letters of His name, Jesus is the Saviour of mankind. The first who offered the idea for the veneration of Jesus’ name was St Bernard of Siena. St Bernard said, ‘The Name of Jesus is a remedy for our infirmities; it gave sight to the blind, hearing to the deaf, nimbleness to the lame, speech to the mute, life to the dead... When you feel some suffering, you or yours, without neglecting natural remedies, have recourse to the Name of Jesus...’ At the end of his sermon, St Bernard would show a tablet with Jesus’ name on it and would bless people with it. Each would kneel before written Jesus’ name. Three letters, IHS, would be written above the door, on the façades of churches and on the walls of houses.

... and they called him Jesus. This name is higher than other names. As St Peter the Apostle says, ‘Neither is there salvation in any other: for there is no other name under heaven given among men, whereby we must be saved’ (Acts 4:12). While St Pauls says, ‘Therefore God has highly exalted him and bestowed on him the name that is above every name (Philippians 2:9).’ (Motiejus Valančius, „Žyvatas Jėzaus Kristaus Viešpaties mūsų“, Raštai 3, p. 325)