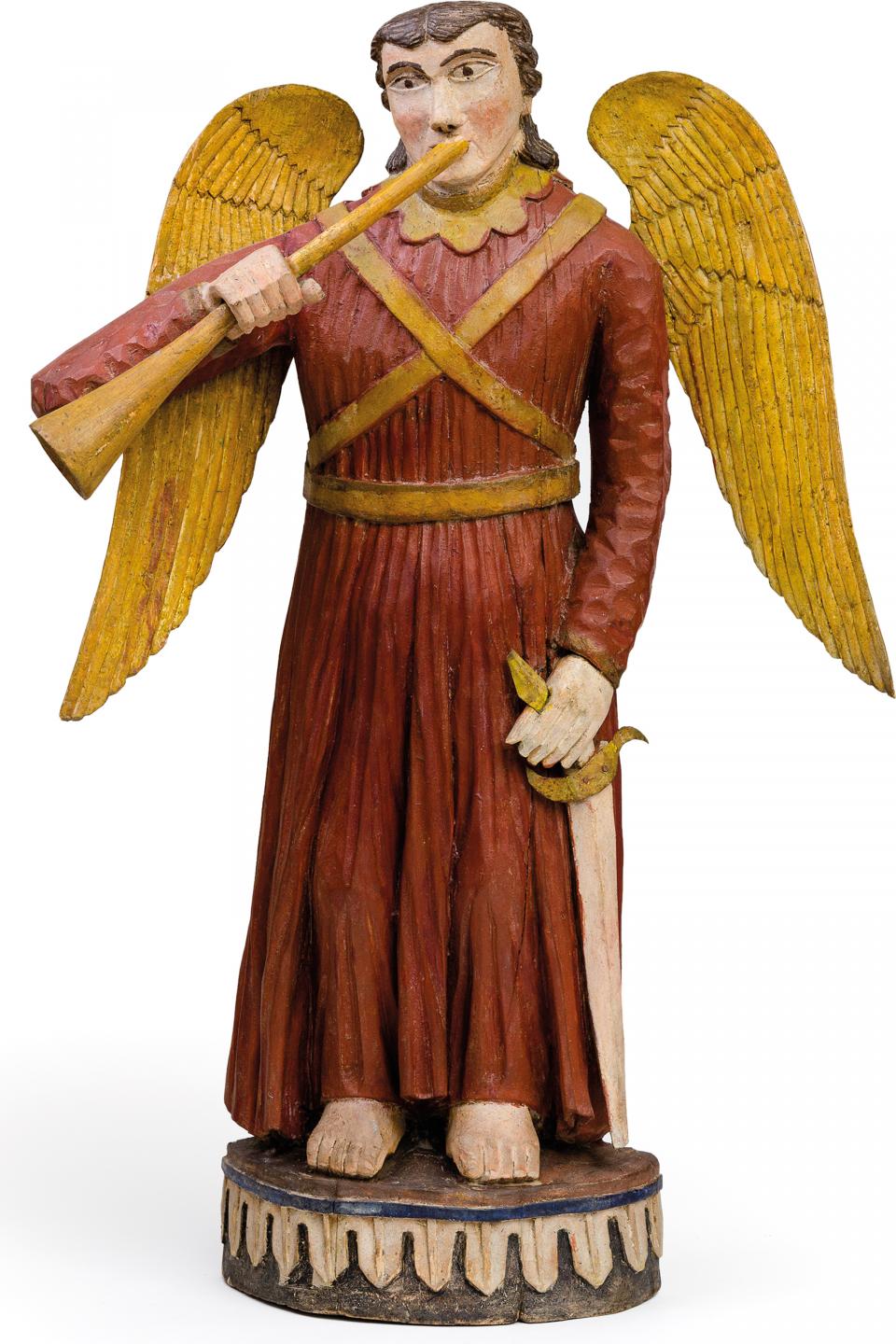 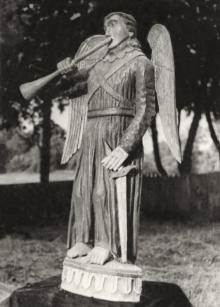 Archangel Michael is the most powerful archangel in charge of all Christians and the Church. He is usually portrayed as the commander of the Lord’s army of angels and wears the clothes of a warrior or the armour of a knight and sometimes a warrior’s helmet. He is depicted alone or together with the evil spirit. Michael the warrior fights against the evil spirit and defeats it – the devil lying under his feet or a sword in his hand attest to such victory. Michael, as the angel of the Last Judgment, holds the scales or a trumpet in his hands.

Photograph: from the shrine in the churchyard, photograph by Juozas Petrulis, 1956.