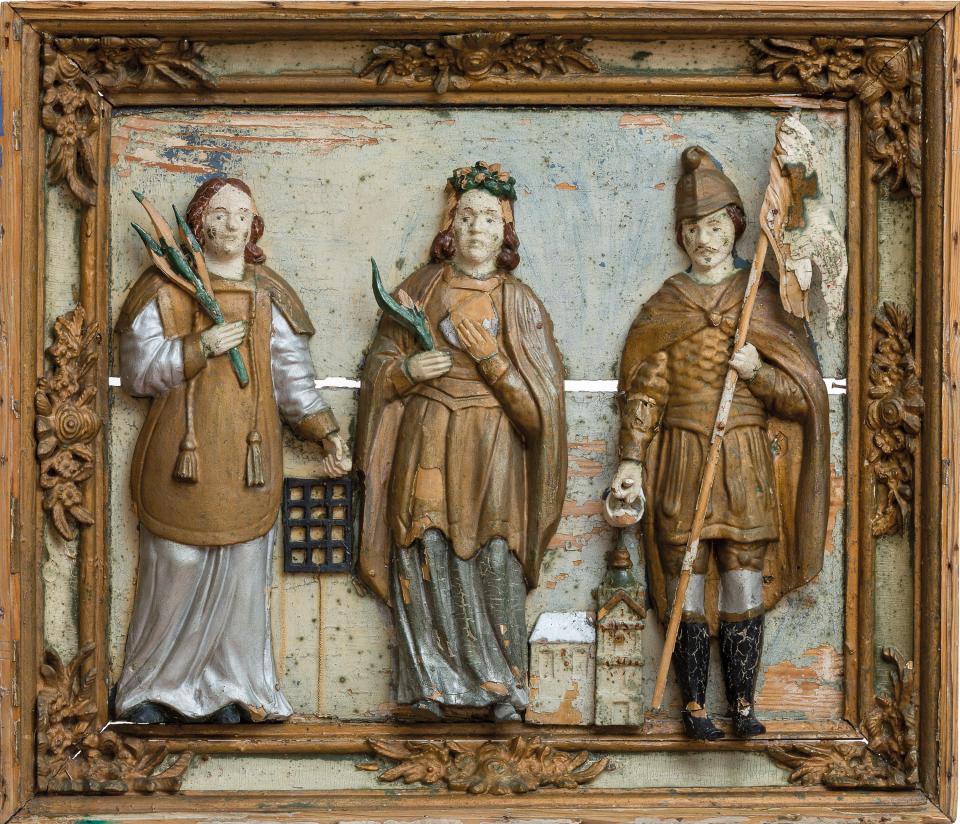 The saints who were able to control fire were protectors against fire. Most often they were tortured to death using fire.

St Laurence was tortured on an iron grid suspended above a fire. It was believed that the saint protected homes against fire and thunderstorms, so people prayed to him during thunderstorms. The saint is depicted holding a grid.

St Agatha was scorched in a fire, but the fire did not touch her; her veil extinguished an erupting volcano. On St Agatha’s Day (February 5) salt, water and bread are blessed to be used for protection against fire. The saint is depicted with a loaf of bread.

St Florian was forcefully drowned by attaching a millstone to his neck. While dying in the water he acquired the power to control water and fire. His depiction is based on the legend that the saint extinguished a burning house (church) with one bucket of water.