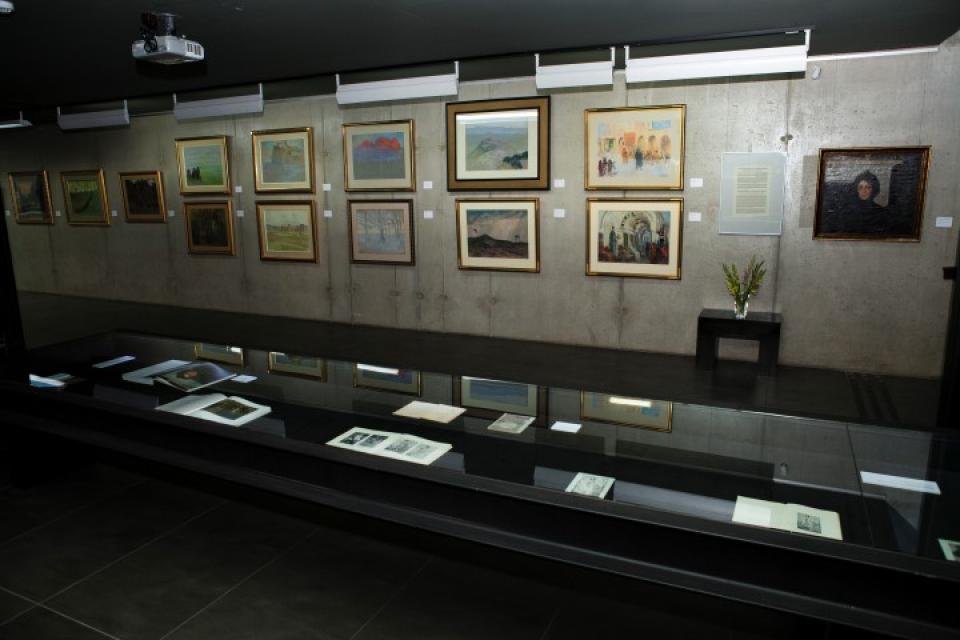 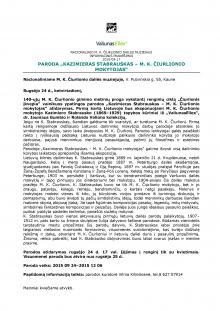 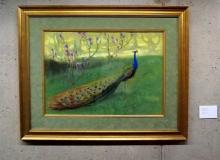 If there were no K. Stabrowski, today we could only consider whether we would have M. K. Čiurlionis. Exhibition of works of the teacher of the greatest Lithuanian artist organized for the first time will reveal his symbolic ideas that have inspired M. K. Čiurlionis at a certain time. Visitors of the exhibition will have a possibility to search for a key to the works of the artist having made the most noticeable footprint in the Lithuanian culture in the works of his teacher, to feel the worldview that has unified the artists, to get acquainted with their philosophical and aesthetic views.

In the exhibition ‘Kazimierz Stabrowski, the Teacher of M. K. Čiurlionis’ one may see a full exposition of the artist’s creative period.

The Lithuanian origin artist K. Stabowski was born on 21 November 1869 in Kruplėnai, near Navahrudak. His path towards the art world started in 1887, at the Academy of Fine Arts in Saint Petersburg, where he was taught by Pavel Chistyakov and Ilya Repin. In 1897, he continued his studies in Paris, where he was taught by Jean-Joseph Benjamin-Constant and Jean-Paul Laurent. Having lived for a couple of years in Saint Petersburg after the Paris, he moved to Warsaw, where with the associates he has founded the Warsaw Arts School and became its first director and teacher. In 1904, M. K. Čiurlionis started his art studies at this school. K. Stabrowski was not only the teacher of M. K. Čiurlionis but also his friend, advisor, colleague, supporter, congenial, and sometimes even a follower. The student and the teacher learned from one another, their creative visions were born from meaningful discussions and reflections, both of them were inspired by the same symbolic ideas, which is why we see strong mutual influence in the artists’ works today. They painted figurative compositions inspired by the motifs of tales, legends, myths, symbolic-fantastic compositions and landscapes. In art they were connected by the search for an ideal world, well-mastered pastel technique, similar motifs in the plot.

K. Stabrowski was one of the most active supporters of the first Lithuanian art exhibitions. In 1907-1912, he himself with his wife, sculptor Julia, participated in six exhibitions. Being the only internationally recognized participant in these exhibitions, K. Stabrowski contributed significantly to the formation of a positive public opinion, the interest of society, which was of great significance and influence in opening the doors for M. K. Čiurlionis and the Lithuanian art to the world-wide recognition. Of course, it should be emphasized that the participation of K. Stabrowski was a very significant contribution in the artistic sense as well.

Curator of the Exhibition - Vilma Kilinskienė.