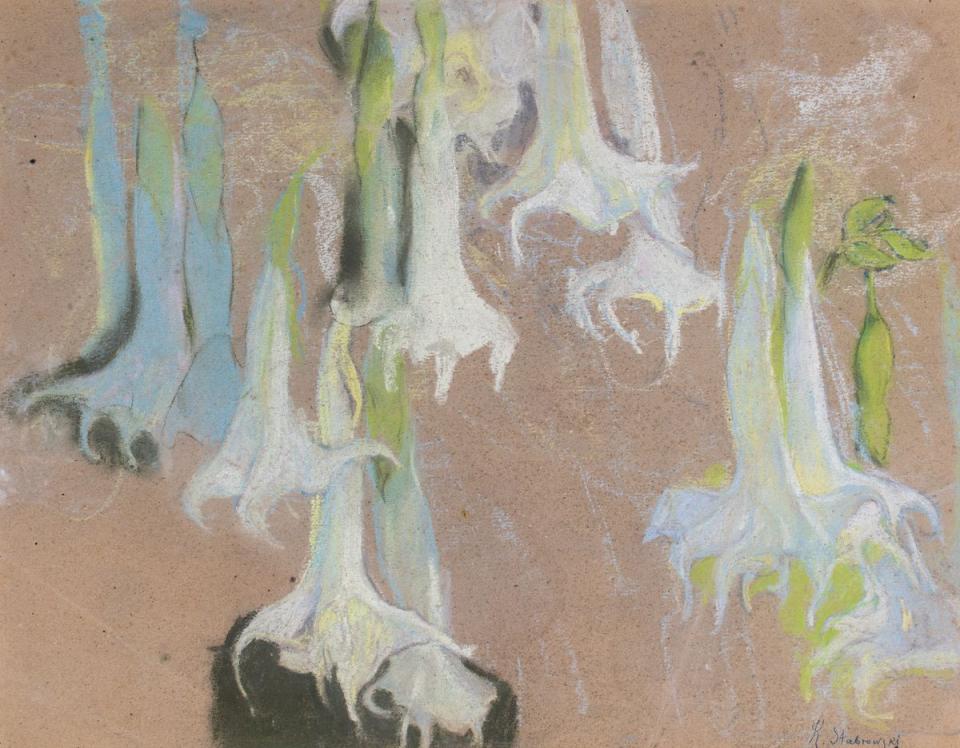 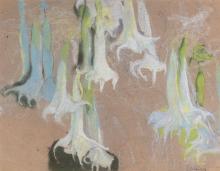 Signature: K. Stabrowski (in the bottom-right corner of the painting).

The painting Daturas is organic, if a little sketchy, and in all probability was done some time in the beginning of the 20th century. The plant itself reflects the painter’s impression just as it bears a connection to the trends that existed in Lithuania in early 20th century. Daturas enjoyed a certain degree of popularity and were cultivated for the beauty and size of their blossoms, while painters were attracted by their vitality, white colour, and the nuances of portraying it. This piece of work mirrors and conveys the culture of Lithuanian manors.