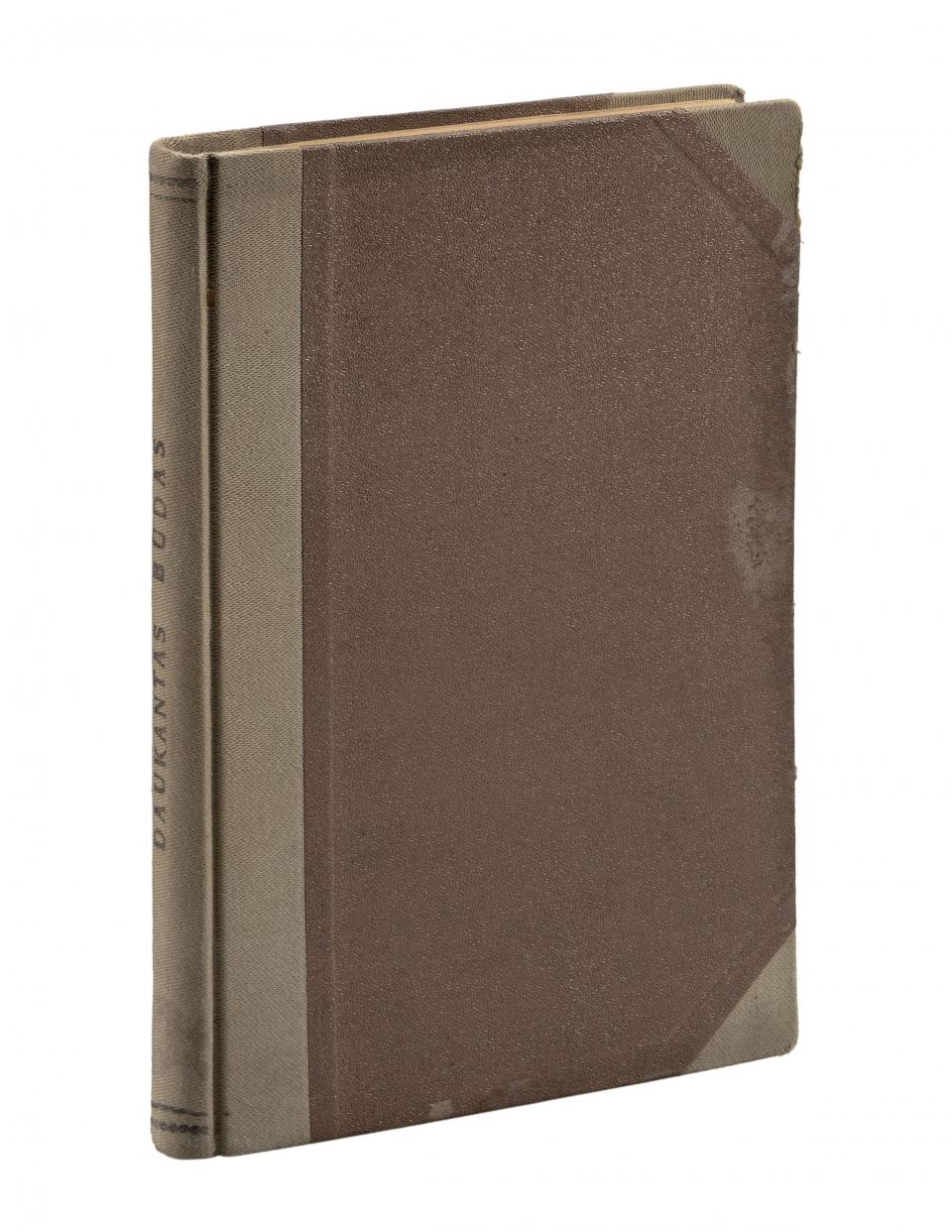 Daukantas was born into the family of a forest guard. His mother was buried in the churchyard in Lenkimai church.

Daukantas attended a primary school in Kretinga and a four grade school in Žemaičių Kalvarija, later studied in a gymnasium in Vilnius, and graduated from Vilnius University in 1822. However, due to the legal case of the Philomaths and Philarets, he only received his Master’s diploma in 1825. Right after this, Daukantas travelled to Riga, where he served in the chancery of the Riga Governor General.

In 1835, he began working as an officer in the Senate of Saint Petersburg and spent most of his employment in the department that was in charge of the Lithuanian Metrica. In 1841, the efforts of Daukantas and his associates helped to receive the consent of the Tsarist government to establish Lithuanian parish schools in Lithuania. This helped legalise the schools already in operation and expand the school network, which had a great impact on the preservation and development of the Lithuanian language.

Daukantas began cooperating with Motiejus Valančius even before leaving Saint Petersburg. In 1850, Daukantas returned to Žemaitija (Samogitia). He believed in reviving the Lithuanian nation by means of cultural activity, but did not see any real prospects of political independence from the Russian empire, which is why, although he supported the cause, he did not personally participate in the uprisings of 1830-1831 and 1863-1864.

Daukantas’ public political views are evident in his historical and popular works (all of which are written in Lithuanian). His academic and cultural activities laid the foundation for the formation of a Lithuanian national identity. Daukantas felt his greatest aim was to search for historical sources relating to the nation of Lithuania, examine them and write books for his national audience. He sought to enlighten the nation, instil in it the sense of pride and appreciation of its own worth.

Daukantas was the first to clearly separate nation from state. Daukantas believed the defining feature of a nation to be language rather than statehood. A nation has its own language, social order, and customs of everyday life. Another important idea that Daukantas consistently developed was the inclusion of peasants in the concept of nation, which differed from the dominant noblemen concept of what constitutes a nation. He also argued for the necessity to grant personal freedom to the peasants by abolishing the subjection imposed by serfdom. Daukantas based his ideas on the progressive sociological philosophical theories that were widespread in Western Europe and Lithuania (Herder, Rousseau, etc.). Daukantas lived in the era of Romanticism, but his works are dominated by Enlightenment ideology. Romanticism is mostly visible in the style of Daukantas’ historical works, in which he avoids using specific scientific terms.